Each year in June we commemorate series of mass deportations by the Soviet Union. Deportations were carried through between 1941 – 1951 in three Baltic States.

The first repressions in Estonia started as early as 1940 and affected Estonia’s national elite.

On 17 July 1940,  Commander in Chief  of the  Armed Forces  Johan Laidoner , and on 30 July 1940,  President   Konstantin Päts  and his family were deported to  Penza and  Ufa where they died thereafter, Johan Laidoner in 1953 at Vladimir prison, president Pats in 1956 at Kalinin Oblast.

The country’s political and military leadership was deported almost entirely, including 10 of 11 ministers and 68 of 120 members of  parliament. About sixty were either shot or died in the camps.
No figures exist for how many family members – spouses and children – were deported along with their loved ones.

On 14 June 1941, and the following two days, between 9 and 11 thousand Estonian people were deported, mostly to  Kirov Oblast ,  Novosibirsk Oblast  or prisons.

My grandfather Jonas was one of them, living his life thereafter in Sweden, Goteborg, never to see independent Estonia again. Not seeing his son again, my dad, since he was 4 years old. Not ever getting to know me, not knowing that 40 years after his escape, his granddaughter, myself, will be asked to leave Estonia or be deported for political reasons all over again.

These of Estonian descendants born in Australia are living here as a result of their parents or grandparents being able to escape after the June 1941 deportations had passed them.

As we think of the horror stories that happened to people left behind, we also thank all those governments of other countries, that allowed us to enter and who gave our refugees asylum.

Estonia has an amazing asylum story to tell.

Altogether at least eighty-five Estonian diplomats remained or fled abroad. The Foreign Ministry is the sole institution of the Republic of Estonia, which throughout the Soviet occupation maintained not only de jure or legal continuity, but in fact maintained de facto continuity. The Estonian Foreign Ministry has worked without interruption.

When it became impossible to continue on the territory of Estonia, the foreign service worked on, defending the interests of the country, whilst residing abroad. Diplomats such as August Torma, Johannes Kaiv, Aksel Linkhorst and Ernst Jaakson continued their work in Estonian representations abroad until their deaths. Ernst Jaakson was the lucky one, who saw the restoration of Estonia statehood and independence.

The second huge wave of deportation was called Operation Priboi ( “Coastal Surf”), it was the code name for the  Soviet mass deportation  from the  Baltic states  on 25–28 March 1949.

More than 90,000  Estonians,  Latvians  and  Lithuanians, labelled as  enemies of the people, were deported to forced settlements in inhospitable areas of the Soviet Union. The deportees were exiled “for eternity” and no right of return to their home.

This deportation was run like a campaign to speed up the soviet collectivisation in Baltic States. The deportation fulfilled its purposes: by the end of 1949, 93% and 80% of the farms were collectivised in Latvia and Estonia. In Lithuania, the progress was slower and the Soviets organised another large deportation known as Operation Osen  in late 1951.

This soviet nightmare did not just happen, it was thoroughly premeditated and planned, systematic extermination. There were specific responsibilities of each Soviet ministry: the  Ministry of State Security  (MGB) was responsible for gathering the deportees and transporting them to the designated railway stations; the  Ministry of Internal Affairs  (MVD) was responsible for the transportation to the  forced settlements , and continued surveillance and administration;  Ministry of Finance  was to allocate sufficient funds;  Ministry of Communications  was to provide the necessary railway cars;  Ministries of Trade  and  Health  were to provide food and health care en route to the destination, etc. The soviet machine was so systematic.

Today we celebrate, that regime that murdered millions and decimated tens of nations, destroyed and deformed so many lives – that this regime collapsed in 1991.

We come together to express our faith that what was done to our people and to our countries will never happen again.

We wish our feelings today would be easier and clearer, we wish we could say in confidence that all of this is in the past.

We come together today to honour independent Estonia’s governments, nationalists, ordinary people, who were forced to suffer unspeakable horrors.

We commemorate and pay homage, and we will not forget the suffering of our people before us.

We come together today and the year thereafter, as we are aware what happened, we know the story, we share the story. We still feel hurt. 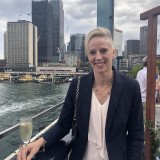